4 Spellbinding Haunted Hotels in Salem to Die for…

Founded in 1626, Salem, Massachusetts, is most known for the infamous witch trials of 1692, when nineteen innocent people were accused of witchcraft and murdered. Today, Salem is an exciting destination, popular for tourists all year round. Embracing witchcraft and magic as well as honoring those who lost their lives, Salem has taken back their history and flipped it on its head. Salem books up every year during their amazing Halloween Happenings events that run the whole month of October.

So if you love all things Halloween or you are just a history lover, you should plan a trip to Salem today. If you are planning a trip to Salem, embrace the haunted happenings all year long with a stay at one of these haunted hotels in Salem.

Disclaimer: Links in this page are meant to help you find relevant information and book attractions easier by linking directly to specific pages on partner websites (i.e. TripAdvisor, Vegas.com). If you click a link, we may earn a small commission on transactions. This helps support the cost of running our website, and it adds absolutely no extra cost to you as the consumer. Thank you, we appreciate your support! You can read more on our disclosure policy.

Located in the heart of Salem, the Hawthorne Hotel was established in 1925 and is a member of the Historic Hotels of America. The hotel has been the location of notable events such as the filming for the infamous elevator scene in Bewitched, the Harry Houdini séance in 1990 and now the Salem’s annual Halloween Ball.

Not only was the Hawthorne awarded Best City Center Historic Hotel, but it was also voted the fourth most haunted hotel in America by Travelocity. Although the hotel was established in 1925, the actual structure has been around for much longer. In 1766, the building located on 18 Washington Square West was used by the Salem Marine Society. Then the Franklin Building, which is now the Hawthorne Hotel, was built in 1809. The Franklin Building housed everything from businesses, shops, offices, luxury apartments, and still the Marine Society, but it caught fire three times and was reconstructed in 1864.

There isn’t an interesting story to explain the haunting as nothing tragic reportedly has happened to anyone on the property. However, spirits are said to linger. Room 325 and 612 are said to be the most active. Guests who have stayed in these rooms report touching, pulling of sheets and a ghostly apparition of a woman. Others around the hotel have said that the faucets turn off and on, toilets flush on their own, and disembodied voices can be heard.

Listed on the Nation Historic Register, this historic Inn features 40 guest rooms, including two-bedroom family suites, in three historic houses. The West House was built in 1834 by the first Salem captain to circumnavigate the globe, Captain Nathaniel West. The Curwen House was built in 1854 by James B. Curwen and his brother Captain Samuel R. Curwen in Italian Revival style. The Peabody House was built in 1874 as a Dutch-Colonial single-family home.

The rooms are named after the history of the space and those who once occupied those rooms. For example, The Pinkham Room in the West House was named after the daughter of Lydia Pinkham who once called this room her own. The mother and daughter team worked together at Pinkham Medicine Company, where they created a very popular elixir for women, earning her the title of “Savior of her Sex.” Interestingly, the Derby Room is named after Captain West’s estranged wife Elizabeth Derby who owned the house after their very public divorce when she claimed her property rights like a boss in the Salem Courthouse.

Haunted room #17 in the West House is said to be haunted by a kitty cat. That’s right, a ghost cat will help make your stay extra cozy and cuddly. That is, unless you have allergies, guests with cat allergies can reportedly have reactions to this ghostly kitty. In addition to the spooky kitty, there are two other entities that are said to float around the West House.

A woman the staff calls Katherine is best identified by sudden cold breezes, but she may also be fond of room #17 due to many people claiming a female presence in the room. Some speculate that it is the spirit of Elizabeth Derby, because she seems to get really frustrated and active when men are staying in the room.

The third known spirit of Salem Inn is a little boy that likes to run up and down the hallways and stairs. However, some claim there are a number of children who haunt the inn. Don’t worry though, all the children are said to be very sweet and will stop making noise when asked nicely.

The Daniels House Bed and Breakfast

One of the oldest houses in Salem and predating the infamous Salem Witch Trials, The Daniels House was built between 1667 and 1693 by Stephen Daniels I or Stephen Daniels II and remained in the family until the 1860’s. Over the years the house served as a day nursery and boarding house until the Great Depression. The home sat abandoned for 20 years. Then the home was revived and functioned as a lovely tea house before being run as a bed and breakfast like it is today. Since it is so historical, there are a number of really cool tours offered throughout the year.

Just like the Salem Inn, The Daniels House also has a ghostly kitty cat. Yes, a gray tabby from beyond the grave still likes to curl up by the fireplace at The Daniels House. There is also said to be the apparition of a man in puritan clothes that lurks about the home, which makes sense given the time era the home was built. Many believe it to be the spirit of Stephan Daniels keeping an eye on things. Some people have also seen a female spirit, but she is unidentified. Guests have also reported having their things moved about and misplaced.

This three-story Federal-Style home was built in 1784 by Salem architect Samuel McIntyre for Salem’s richest sea merchant, Joshua Ward. Once a family home, The Merchant Hotel has had many lives over the years. It was once a family home, a tavern, and even a rare book shop. Newly elected President George Washington even stayed the night here on October 29th, 1789. The land that The Merchant Hotel sits was once where Sheriff George Corwin lived and kept his jail in 1680. Corwin, also known as “The Strangler,” took it upon himself to interrogate those accused of witchcraft as well as carry out their death sentences.

Due to the history of the land that The Merchant Hotel resides, there is no wonder why there are so many reports of activity. Many believe that the innocent victims of Corwin still haunt the location. For instance, an apparition of a female with messy black hair and black dress is known as “The Black Lady,” believed to be a victim of Corwin, has appeared in photographs!

The cruel Sheriff George Corwin is said to haunt The Merchant Hotel. He died at age 36, just three years after the brutal execution of Giles Cory in which Cory had cursed Corwin with his last breath. Corwin was buried on the property, but was later moved to Broad Street Cemetery. Corwin’s spirit is seen most often near the fireplace. Likewise, Corwin’s victim, Giles Cory, is also said to haunt The Merchant Hotel.

So who is ready for a spirited stay at one of these awesome haunted hotels in Salem, MA? I know I am! Salem is extremely popular, especially during the fall season, and the rooms book up fast. Be warned, you should book your fall trip to Salem about a year in advance. So don’t wait, book your spooky stay today and tell them HotMamaTravel sent you!

For more information on visiting Massachusetts, see our other helpful guides. 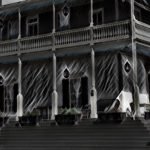 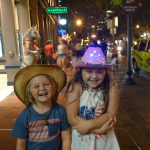 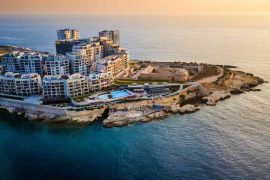 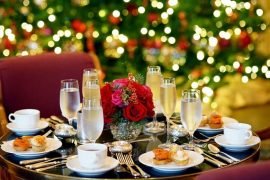 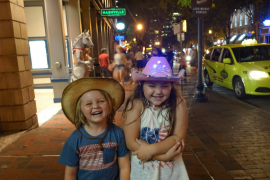