Save The Queen Mary in Long Beach, CA

“Save The Queen Mary!” This is the call the people of Long Beach and history lovers all over the world are making loud and clear. The RMS Queen Mary, a historic Long Beach icon, is at stake and everyone is scrambling to keep her afloat.

In this article I will be sharing with you a bit of history of The Queen Mary, why people like myself love her so much, why she is at risk, what efforts are being made to save her, and how you can help. It’s all hands on deck and it’s time to set sail and save the Queen!

Brief History of The Queen Mary

Built in Glasgow, Scotland in 1934, The Queen Mary set sail on her maiden transatlantic voyage in 1936. She was a luxury liner and hosted many glamorous celebrities, British royalty, and powerful political guests during her heyday. She could cross the Atlantic in just 4 days and, in fact, for 15 years The Queen Mary held the Blue Riband, an unofficial distinction of being the world’s fastest ship across the Atlantic. She even served her country when she was painted grey, converted to a WWII troop ship and nicknamed the Grey Ghost in 1939. Then after her service was complete, she returned as a luxury cruise ship for 20 more years before docking permanently in Long Beach, CA.

Haunted History of The Queen Mary

Now a floating hotel, The Queen Mary has been a popular tourist attraction for Southern California locals and guests from afar – and even guests from the far beyond. That is right my friends, The RMS Queen Mary is haunted, very haunted. In fact, it has been called one of the most haunted places in America and has been the subject of a number of paranormal investigations for television shows and books.

There are far too many ghost stories from The Queen Mary to get into in this article, but I will give a little sample platter to wet your whistle. The permanent guests of The Queen Mary include everything from former guests, to crewmen and engineers killed onboard, to WWII soldiers. As the Grey Ghost, The Queen Mary carried POWs and even accidentally hit HMS Curacoa, slicing her in half and killing 337 men. Some of the ghosts onboard The Queen Mary are thought to be associated with this tragedy.

When you are onboard, you will find plaques highlighting the many paranormal “hotspots” on the ship. They even offered a Haunted Encounters Tour, which I took years ago and it was very interesting. They recently remodeled her most haunted room, B340, so that guests could book their spooky stay. You can hear more about it here in our video about our favorite haunted places.

Why We Love The Queen Mary

What’s not to love? First of all, she is beautiful. Rising up from the water like a floating palace, The Queen Mary was restored to her 1930’s Art Deco glory. Her regal colors and towering smoke stacks echo a bygone era. Being on The Queen Mary is truly like stepping back in time.

As a history lover, paranormal enthusiast, and a mermaid at heart, The Queen Mary has always excited me. I would often escape there just to immerse myself in the history, the glamor, and views of the sea. I have always been obsessed with the Titanic and The Queen Mary was a great place to visit to get those Titanic vibes. Plus, they had a Titanic exhibit where you could view artifacts from the shipwreck.

My favorite place on The Queen Mary was the 1930’s Art Deco Observation Bar. I would claim my seat by the window, sip on a crisp glass of white wine and listen to live music or just enjoy the views of the harbor. I have so many great memories dancing with my dad and my kids on that dance floor. If I was a ghost on The Queen Mary, that is where I would haunt.

The Queen at Stake

Ok, unfortunately it’s time to get real. I am not going to sugar coat it, The Queen Mary has been in trouble for a long time and now faces $23 million in rapid repairs or she could capsize! Some of the more dire concerns that have led to her recent closing to the public are her rusted structural steel, weakened hull and worn-out bilge system. She has run through leaseholder after leaseholder for years now, with the last two leaseholders filing bankruptcy in 2005 and 2009. Now the current leasehold has done the same in 2021, leaving the city with millions and millions of dollars in costs. After reading a recent inspection from May of 2021, it is clear that The Queen Mary’s current condition is due to years of neglect.

According to the records, way back in 2016, The Queen Mary was in need of major repairs. Urban Commons, a real estate investment group in L.A, stepped in and took out a 66-year lease and in 2019 and launched Eagle Hospitality Group Trust to raise $250 million to build Queen Mary Island, a retail development around the ship. The leasehold also included the Catalina Express and Carnival Cruise Lines cruise ship terminal.

During this time, the City also established the Historic Preservation Capital Investment Plan (HPCIP) and to address the most immediate repairs committed $23 million from existing reserves and issuing bonds to be repaid by rent revenue and passenger fees generated from Carnival Cruise Lines. This funding was able to complete seven major projects to structural repairs, but 20 other critical repair projects remained. After several inspections, by the fall of 2019, the City of Long Beach wrote a letter to Urban Commons claiming that they were falling short on the terms of the lease agreement and wanted updates on issues found during previous inspections.

A back and forth between the City and Lessee ensued and by April of 2020 the Lessee was found to be in default of the lease agreement. In May of 2020 The Queen Mary closed to the public due to the Covid pandemic and continued to default by not paying rent. Finally, by January of 2021 Urban Commons filed for Chapter 11 bankruptcy.

This is the first time in over 40 years that the City has had control over The Queen Mary and it was made clear by the inspection report that if nothing is done, The Queen Mary will collapse.

There were actual talks for her to be demolished, or be purposely returned to the sea as an artificial reef, which would be heartbreaking and not cheap. Demolishing or sinking this historic ship would cost between $120 to $140 million, according to City Manager Tom Modica.

Not only would it be a travesty to lose so much history and beauty, but the city would lose revenue and jobs too. According to a 2020 Queen Mary Impact report, The Queen Mary brings in millions of dollars in revenue to the city and provides thousands of jobs in which 600 of those direct jobs are performed by locals.

So what are the options on the table? How do we save the queen? Well there are a few options.

The most expensive option is also the longest lasting option for preserving The Queen Mary. Dry-docking her would cost around $500 million, plus $5 million annually for maintenance. However, this was determined to be infeasible due to her size and shape.

To preserve the ship in place for the next 25 years it would cost $200 million, which is about the same as the cost to destroy her.

But the big question on everyone’s mind is who is going to pay for it?

There are three models for how the Queen Mary can be funded. The first model is the ship remaining city owned. Then the City would be responsible for improvements, maintenance, and management of hotel, special events, and landside development. Therefore the City or Port retains all net revenues generated onsite. The Port or City can generate more revenue streams by developing Pier H to be a major cruise ship terminal with up to four berths.

The second model would be to find a new Master Lease, where the City would transfer the responsibility of the hotel and event management and ship maintenance to the lessee. Although the lessee would liable, they would retain all revenue generated and just pay rent to the City.

* I will just note that Walt Disney Corporation actually had the Queen Mary between 1988 to 1991. I personally think that Disney should be considered again, since they clearly have money to invest and have said themselves that The Queen Mary inspired the design of their own cruise ships. Saving The Queen Mary would be a big positive statement to Southern Californians and I am sure they would fix her up incredibly, as only Disney could!

The last model is a hybrid, where the City would retain ownership and revenue generated by The Queen Mary, but execute operating agreements with hotel, special events, and development partners.

I have some excellent news to report. This month, the City is starting the first phase of critical repairs with plans to reopen The Queen Mary to the public later this year. There is even an event planned as early as Summer 2022! According to Long Beach Mayor Robert Garcia, “It is our responsibility to preserve The Queen Mary and ensure this historic landmark is properly cared for. Now that the City has full oversight and control of The Queen Mary, it’s important we make the critical repairs needed.”

The City estimated that the most critical repairs will cost $5 million and the initial $2.5 million was already approved by Long Beach City Council as part of the City’s Fiscal Year 2022 Budget. The City received approval by the State Lands Commission to use Tideland Funds, which allowed for the work to get started this month.

How You Can Help

One of the first steps to saving The Queen Mary is to remove the heavy lifeboats that are putting a ton of stress on the fragile structure of the ship. The City will be opening up bids for the lifeboats that will not be restored to the public. They will then raise funds for the restoration of the few lifeboats that will remain onboard. For information on lifeboat bidding visit Long Beach Planet Bids

Possible ways that the public can help will be communicated when available. If you are interested in supporting future preservation projects, please visit Queen Mary Long Beach Government page for updates.

For Queen Mary and history lovers around the world, 2021 was a stressful waiting game. Thankfully, there is light at the end of the tunnel and it looks like all efforts are being made to restore and preserve this historical landmark and with your help we can save the Queen! 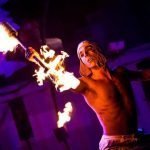 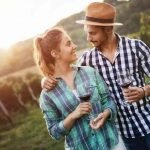 5 Kid-Friendly Wineries in Sonoma Your Family will Love! 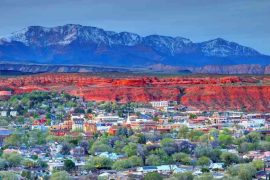 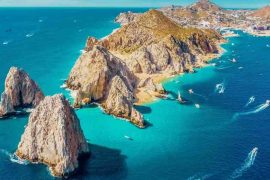 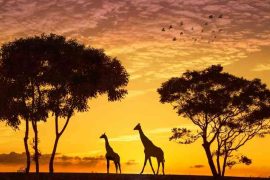